A tabby is a type of cat that you’ll often hear about. But did you know that tabbies are not an actual cat breed?

Tabby cats are unique because of their patterned and colored coats. Cream tabby cats are a type of tabby cat that shows its characteristics.

We’ve cleared all your doubts about cream tabby cats, which you can find in the post below.

What Is A Cream Tabby?

The name might sound strange and exotic to you. But you might be surprised that the term stands for an orange-colored tabby whose color is diluted or faded out.

The result is a cat with dark stripes and light orange and amber markings. Its body coat is an off-white or cream color. A tabby cat’s paws are generally pink instead of black or brown. Their eyes are typically golden or amber-colored.

In short, a cream tabby cat is a dilute version of an orange tabby cat.

Cream tabby cats are known to be friendly with humans. They are playful, headstrong, and temperamental.

They also like to cuddle up with their owners, which automatically makes them one of the friendliest cats.

Male cream tabbies are typically friendlier than their female counterparts. It is believed that this level of friendliness falls to the cat’s size.

How Affectionate Are Cream Tabby Cats?

Cream tabbies are known to be more affectionate because they are more friendly toward people. They love to cuddle a lot with people. They also love to play a lot with anyone.

Socializing is an essential aspect of personality development in cats. The more young cream tabbies play with other young kittens, the more affectionate they will become once they grow up.

Their color is also to be partly blamed. Their orange-hued fur gives them away and draws people’s attention. It makes people prefer them over other cats, which in turn has resulted in cream tabbies being known as affectionate cats.

Cream tabby cats, indeed, are one of the rarest cats around. Genetics are to be blamed for this occurrence.

There are two primary colors in cats; black and red. Other colors are derived from these two colors to make chocolate, gray, and fawn.

The orange hue of cream tabbies is rare and is only found in cats bred to achieve it. Cats usually have either a solid color or patterns like in tabbies.

The cream color is also sometimes found in ‘fever coats,’ a condition caused by a pregnant cat’s stress or fever.

What Are Cream Tabby Cat Breeds?

One thing to remember is that tabby cats are not a specific cat breed. It is usually a domesticated cat with a coat with stripes, spots, or swirling patterns.

A unique feature of any tabby cat is the marking on its forehead resembling an uppercase ‘M.’ Cream tabbies don’t have variations, as they all have orange-hued coats.

Here is a list of cat breeds that list cream tabby as acceptable coat colors and patterns.

Tabby cats come in a wide range of colors, including gray, brown, ginger, orange, and cream. The most commonly seen are black-based coats.

Even with an array of colors, each tabby cat has a unique coat appearance that combines colors and patterns.

They come in such varieties that you might even see some with funny patches under their noses, which appear to have mustaches.

Tabby cats’ coats also come in different patterns; mackerel, classic, ticked, and spotted. The most common pattern type is mackerel. It is the pattern most people think of when they hear of a tabby cat.

It is because male cats only require one copy of the ginger gene, while females need two copies of the same.

What Is The Rarest Tabby Cat Color?

The rarest tabby cat color is albino. It is a common feature in tabby cats and most other animals. Albinos are always rare in the animal kingdom.

The recessive genes in true albinos damage the TYR gene, which is why they don’t produce any melanin in their skin.

The above process results in a cat with pink skin that has a tint of white fur pink. They also have eyes that are pink or light blue in color.

What Color Cats Are The Friendliest?

Generally, orange cats are believed to be one of the friendliest cats in existence. Many people have proved this by observing the behavior of various colored cats.

Other colored cats, such as white cats, are believed to have too much of an attitude. Their color also draws many people towards them, which is also another reason for their friendliness.

Proper socialization is vital from a very young age, so kittens should not be taken away from their mothers too early. It serves as their foundation of socialization.

One of tabby cats’ most prominent personality traits is that they are very loving, affectionate, and sociable.

Following is a list of the personality traits of tabby cats. 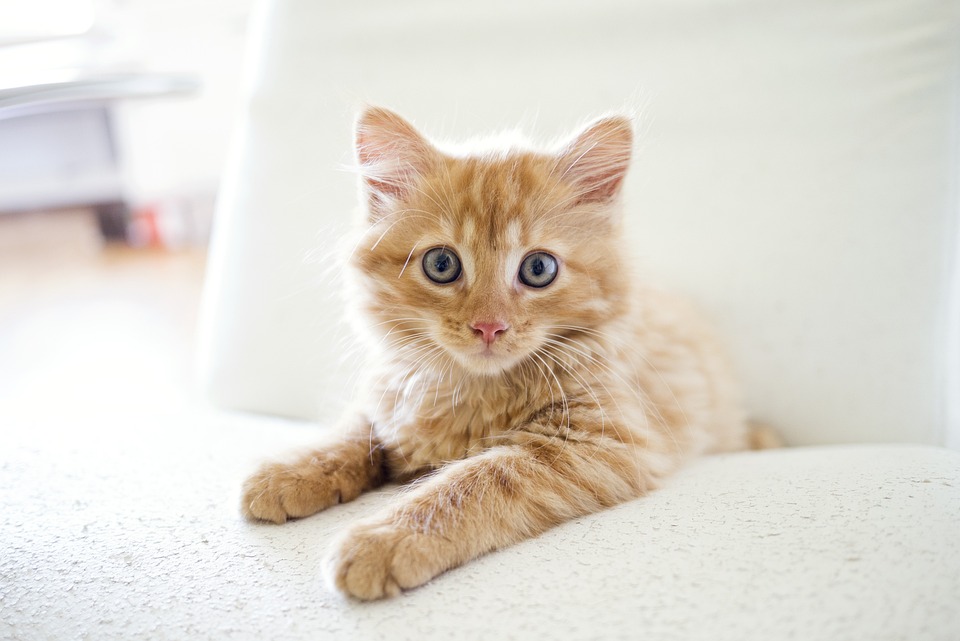 Here are some standard cat colors and their personalities.

Tabbies are calm, laid-back, and friendly. They are affectionate and relaxed, almost to the point of being lazy.

Can be both friendly and stubborn at the same time. Black cats are good hunters and typically enjoy roaming around. Therefore, if you have a black cat, it’s better to get one of the GPS cat collars to keep track of your cat’s movements.

These cats are also known as tuxedo cats because their coat pattern resembles a tuxedo jacket. They can be both placid and tempered and avid wanderers.

They are loyal to their families and can be attached to especially one person in the family.

Tabbies are not a cat breed. They have distinctive coats with stripes, spots, or swirling patterns, which is how they are differentiated as tabbies.

What Is the lifespan of cream tabby cats?

The lifespan of cream tabby cats is between 12 and 18 years.