Raw pet food sales have been steadily growing over the past few years. While proponents argue that cats are born to eat raw meat, there have also been serious concerns over safety issues. Here’s our current take on the matter:

While anecdotal evidence suggests there are benefits to feeding your feline friend raw meat, there are also potential downsides and even serious dangers that you should carefully consider. As long as there is no scientific proof that raw diets are healthier than processed food, we encourage you to stay away from them.

What is a raw meat diet?

A raw diet is a diet that consists exclusively of organic food that has not been cooked or otherwise processed. This can include any part of an animal: organs, tissue, and even bones. Raw diets can be produced commercially or home-made.

Humans mostly cook their meat in order to kill all the micro-organisms and increase shelf life. This process removes many of the vital minerals and vitamins, which then have to be re-added in order to make the food nutritious.

The problem with processing food in this manner is that the additives are often very hard to digest for animals, leading to fewer nutrients being absorbed in the intestines. Some food experts have also suggested that large amounts of additives could contribute to various gastrointestinal issues.

What are the supposed advantages of raw meat?

One of the most compelling arguments for raw food is that cats in the wild have been exclusively eating live prey for thousands of years.

It would therefore be logical to assume that their entire digestive system has evolved to digest such food. And while there is no scientific evidence to prove this, many people have observed that cats on raw meat seem to look somewhat healthier and are less likely to become obese.

One could also argue that if cats have been eating this way for many thousands of years, their brains would probably get a certain satisfaction from digging into s slab of tasty raw meat. Behavioral patterns needed for survival are ingrained deeply into the limbic part of the brain, a part that all animals have very little control over.

What are the downsides?

1. Risk of food poisoning and other safety issues

One of the more compelling arguments against these diets is the potential health risks involved with consuming unprocessed food. Raw food has been linked to gastroenteritis, dental fractures, and infections. Let’s have a look at what the scientific community says about raw food:

At this time, there are no scientific studies showing any health benefits of RMBD. However, numerous studies show that there are health risks for an animal eating an RMBD, ranging from nutritional deficiencies or toxicities, risks from ingestion of bones, and hyperthyroidism. In addition to these risks, recent scientific studies have shown that nearly all RMBD (whether commercial or home-made) are contaminated with bacteria, as with any type of unprocessed raw meat.

Harmful bacteria like E. Coli, Legionella, and Salmonella pose a serious risk, not only to your cat, but also to the people living with him or her. Multiple studies have shown that cats who eat raw meat can spread harmful bacteria through their feces.

Bones pose another potential threat to felines: small and sharp fragments can cause internal bleeding, infections, obstructions, and other injuries when moving through the digestive system.

For those who are on a budget, one of the more daunting aspects of raw diets is their price. Depending on the quality of the meat that you buy, your recurring costs for cat food may increase two-fold when compared to processed foods. However, this is slightly offset by the fact that raw food tends to be more densely packed with nutrients.

3. You have to commit

Cats don’t like major changes. Once you decide to feed your cat raw meat, going back on that decision may prove difficult. You may come to discover that your cat is not as eager to switch back. After eating chicken and beef for a few weeks, commercial kibble doesn’t quite taste as good as the real stuff.

There are potential nutritional concerns associated with feeding raw. A large percentage of raw diets (including many of those commercially produced and sold) is excessive or highly deficient in one or multiple essential nutrients. Over time, an incomplete diet can lead to serious health problems for your cat.

The most common imbalances seen found in phosphorus and calcium, which can be highly detrimental to cats with chronic kidney disease. It is also common for raw diets to be too high in fat. Processed foods, on the other hand, usually have their nutrients in roughly the right proportions.

One common myth says that adding chicken necks or eggshells to food can solve nutritional imbalances, but this is blatantly false. This can be disastrous especially in young, growing kittens, and can result in fractured bones.

To make a raw diet work, you would likely have to consult an experienced vet or food expert. And they don’t work for free!

At the moment of writing, there is currently no scientific proof that raw meat is healthier than processed cat food. All we have is testimonials from pet owners, who say that raw food has contributed to their cats’ healthy appearance and better stool. Scientists suspect this is a consequence of the high amount of fat in raw meat.

Raw diets don’t contain any grains, does that make them healthier?

Grains are sometimes regarded as an unhealthy material that’s used as cheap filler by cat food companies to make more money. This is not true. Grains like oats, corns, and wheat contain many vitamins, proteins, and minerals that your cat is 100% able to digest. As stated in this memo from Tufts, grains can absolutely be part of a high-quality diet.

So what is your opinion on raw diets? Do the pros outweight the cons? Let us know in the comments! 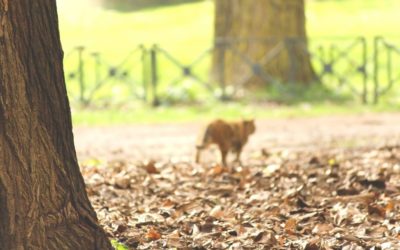