Life as a cat seems pretty great if you ask me. You spend their time eating and sleeping, occasionally getting up for some spontaneous playtime or a spot of hunting. But despite their apparent laziness, many cats seem to wake at night with the sole intention of waking their owner! So when should a cat sleep? Are they nocturnal, or do cats sleep at night?

Some do and some don’t

The answer is that it’s different for every cat. One thing’s for sure, cats don’t share the same sleep routine as humans! Historically, domestic cats originate from the African Wildcat, which did display nocturnal behavior. But ever since they were domesticated, cats have become less strict in their nocturnal routine. It is not uncommon for cats to sleep up to 16 hours a day and, of course, some of that snoozing will take place at night.

So what do they do at night?

Every cat is different, and it is definitely possible for them to adapt to their owner’s lifestyle. Some cats will choose to spend the night curled up on their owner’s bed, rather than outside on the prowl.

On the other hand, others are more “traditional” in their nocturnal ways, spending the entire night hunting bugs around the house or being frustratingly noisy!

Cats have very different sleeping patterns compared to humans. Rather than having one long stint of continuous sleep, they tend to have multiple smaller naps. This is probably where the phrase ‘cat nap’ comes from. A cat may sleep both in the daytime, at night, or both. They can be highly active between naps, which can be particularly bothersome if it’s the middle of the night and your alarm is set to go off in a few hours.

How do I stop my cat from bothering me at night?

Forget about forcing them to go to sleep! If you want to stop your cat from bothering you at night, the thing you need to do is determine what it is that they want.

A hungry cat will let you know that it wants extra food. Don’t comply! What that will do is teach your cat that they can get whatever they want by complaining. A better option is to start splitting their usual amount of food into more frequent, smaller meals throughout the day. That way, your cat will not have a completely empty stomach at night.

Some cats bother their owners at night out of sheer boredom. If you think that is the case, try to provide quiet toys or puzzles so that they can amuse themselves in another part of the house. You could also consider letting them go outside, but this is a tough decision for many owners, and certain breeds like Ragdolls don’t do well on their own.

Tip: If you don't want your cat outside at night, you could try to leave the curtains open in the hopes that they stay occupied looking out of the window.

It’s important not to give in to your cat if they come to you at night for food, attention, or playtime. This will only encourage them and create a routine that you don’t want. Instead, try to give them some extra interaction during the day so that the special bond you share doesn’t suffer.

So, is it okay for my cat not to sleep at night?

Yes! It’s actually very normal for cats to wake up periodically through the night. Cats love to sleep but tend to nap, rather than sleeping continuously. So don’t worry if your feline friend isn’t catching z’s at the same time as you! 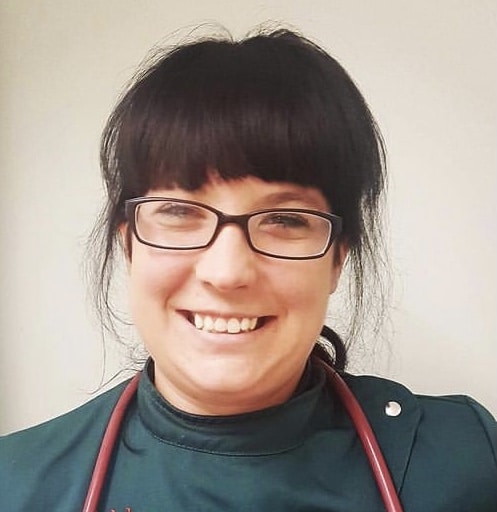 Hannah graduated from the Royal...